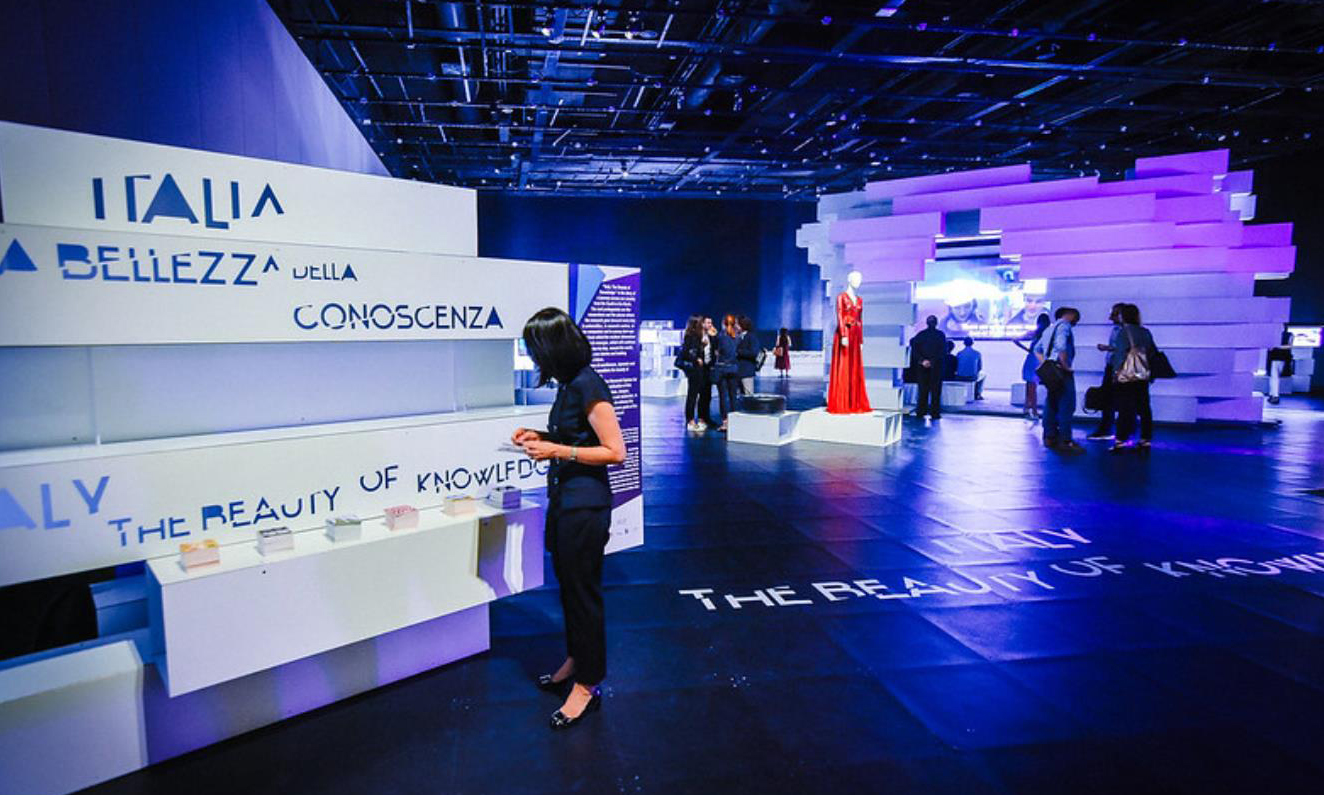 The outfit made of Vegeatextile and selected by Italy’s Ministry of Foreign Affairs to be part of the International exhibition “ITALIA: LA BELLEZZA DELLA CONOSCENZA” is now landing in Singapore, where the exhibition will be open to the public from the 6th to 23rd of December at the National Museum of Singapore.

The inauguration was initiated by H.E. Ambassador of Italy, Mr. Rafaelle Langella who praised the exhibition and its role in disseminating the culture of Italian research around the world. The exhibition was inaugurated along with its neighbouring exhibition “A*STAR ‘Beautiful Science’” which in turn was also presented by Mr. Graham Wright, the director of the Microscopy Platform of the Singaporean Agency for Science, Technology and Research (A*STAR). Several researchers, Italian, International and Singaporean, attended the inauguration and expressed their enthusiasm and appreciation of the content and curation of the exhibition.

The exhibition presents an immersive and engaging experience that aims to communicate the dynamic and beautiful nature of the quest for knowledge and research in Italy of which Vegea company represents a virtuous Italian example.

This website uses cookies to improve your experience while you navigate through the website. Out of these, the cookies that are categorized as necessary are stored on your browser as they are essential for the working of basic functionalities of the website. We also use third-party cookies that help us analyze and understand how you use this website. These cookies will be stored in your browser only with your consent. You also have the option to opt-out of these cookies. But opting out of some of these cookies may affect your browsing experience.
Necessary Always Enabled
Necessary cookies are absolutely essential for the website to function properly. This category only includes cookies that ensures basic functionalities and security features of the website. These cookies do not store any personal information.
Non-necessary
Any cookies that may not be particularly necessary for the website to function and is used specifically to collect user personal data via analytics, ads, other embedded contents are termed as non-necessary cookies. It is mandatory to procure user consent prior to running these cookies on your website.
SAVE & ACCEPT